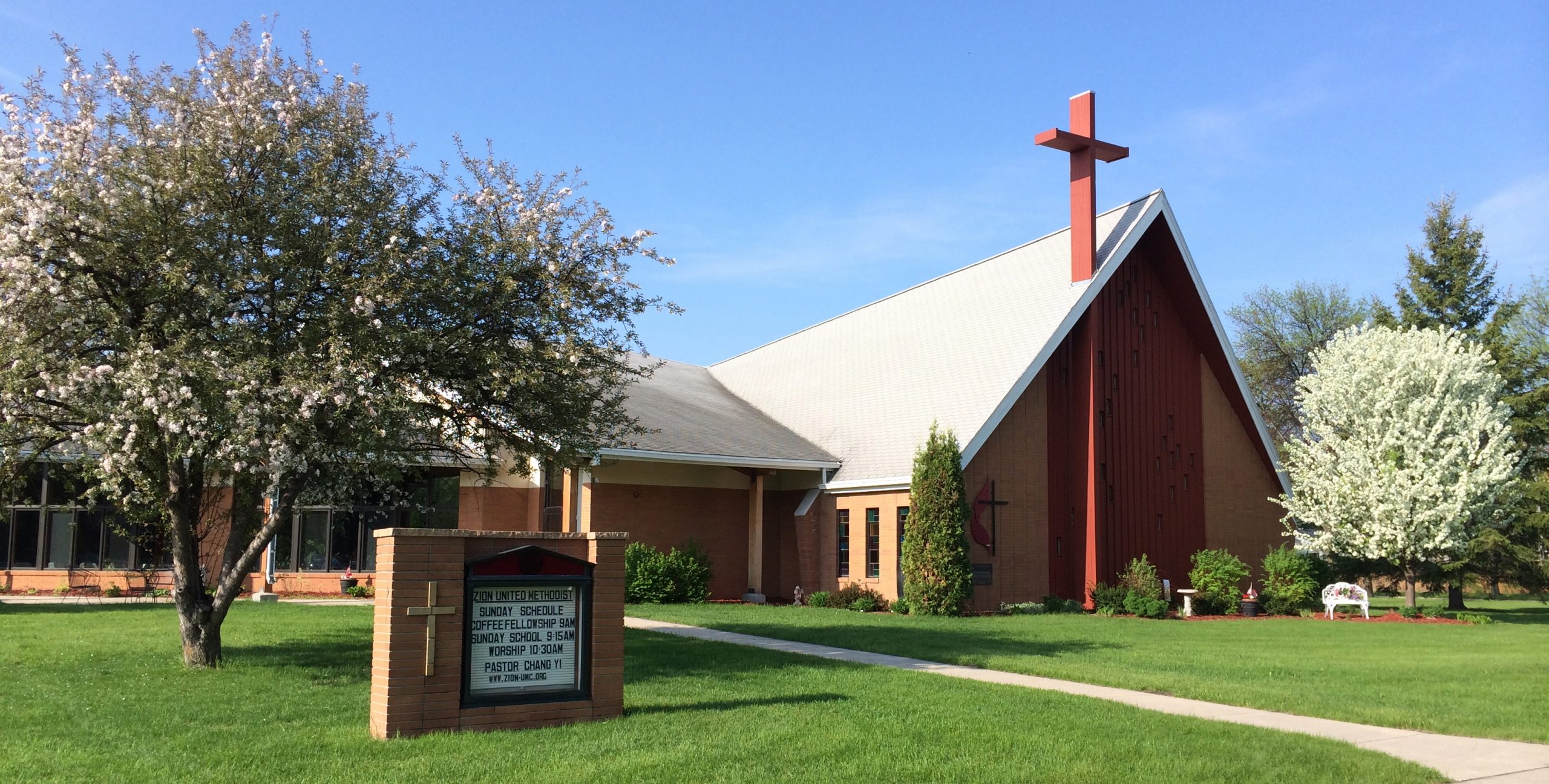 The Evangelical and United Brethren in Christ were formed to minister to the German-speaking Americans who were not being reached effectively by any denomination. As the people with German backgrounds moved to the west, these two groups followed. The United Brethren tended to go to the Southwest and the Evangelicals to the Northwest. Thus the work in North Dakota was almost solely that of the Evangelicals.  The Evangelical Church ministered to the scattered German population in the rural areas and neglected the cities.

Grand Forks was a mission church as part of the Holmes Circuit for many years served by circuit pastors from 1882-1886. The first of thirty pastors of Zion was Rev. William Fritz with services being held in rented store buildings.

In 1897, a church building was purchased for $2800 from the Congregational Church on the site of today’s Grand Forks City Mission. In 1927 .the church purchased another church building, First Lutheran Church – at the corner of Fourth Street and Belmont (where an apartment house now stands).

In 1996, plans were being made to add a narthex to the church to alleviate crowding in the entry way. While funds were still being raised and before the building could begin, Grand Forks was hit by the flood of 1997, which filled the church basement to the first step.

The connectional system of the United Methodist Church was a blessing for Zion as the basement was gutted and completely rebuilt with help (financial and material gifts, plus physical labor from United Methodists throughout the United States.

Ground breaking for the narthex was held in the spring of 1998, and we were able to dedicate the facility in April 1999.

We are proud of our spirit-filled worship services, Choir music, and Sunday School classes for all age groups.  Zion is also known as the church which hosts the Love Feast in conjunction with other Grand Forks churches each month. Every 4th Tuesday of the month, we serve warm meals out to our visitors and neighbors as a way to spread God’s love.

We hope you will join us in worship and join with us in ministry, living out the call of the Gospel in our community and world as the people of Zion!

VERSE OF THE DAY